On the 28th of October we held our annual Howl-o-ween party! It was a HUGE success – as always.

It was so great to see not only our Day Care pets get into the spirit of things, but that many boarding pets also brought along an outfit for the party. We would like to say a big thank you to all the parents who dropped their Furries off for the day and weekend, we all had an amazing time!

We would like to say a big congrats to our 3 winners for best dressed pets, Koko, Dougall and Lola!

Due to The Pets Hotel being wonderfully busy over the Christmas/New Year period, Day Care will be unavailable from 22nd December 2016 until the 3rd January 2017, commencing back on the 4th January 2017.

We will miss you over the Christmas and New Year break – Have fun and stay safe!

If you’re planning to head away this Christmas period, don’t wait any longer to book your pet in for their VIP holiday with the friendly staff at The Pets Hotel. 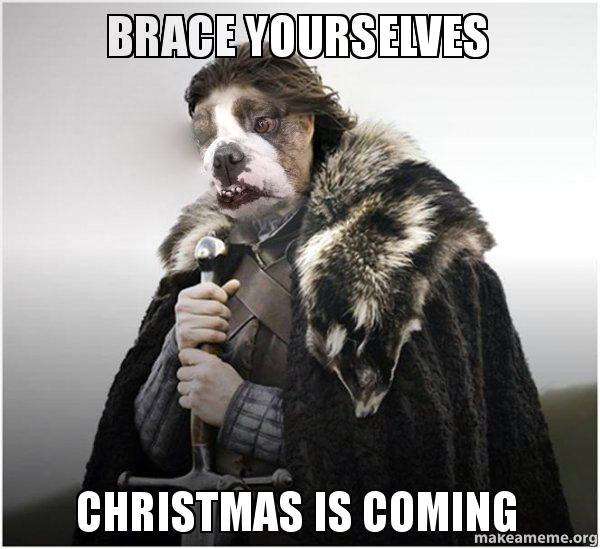 This is just a little reminder to you all, if your pet is going to be coming to enjoy their holidays with us, you will want to know some important information:

The Pets Hotel on ABCME 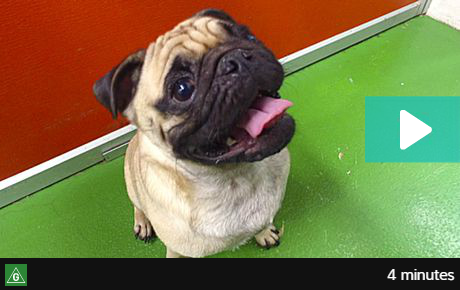 Earlier in the year, The Pets Hotel were lucky enough to be asked by ABCME to film on our premises. The show called ‘PUG’ is just that, a show about a Pug! The series follows Winston and his Dad around on their adventures together. Our episode showcases the end of Winston’s adventures, where he comes in for a quick holiday and day care visit. We had a few boarding and day care pups in this episode so check out if your little super star got a starring role! -  Click here to watch the cute video now.

Dogs curl up in a ball when they sleep due to an age-old instinct to keep themselves warm and protect their abdomen and vital organs from predators.
Source: Vetstreet 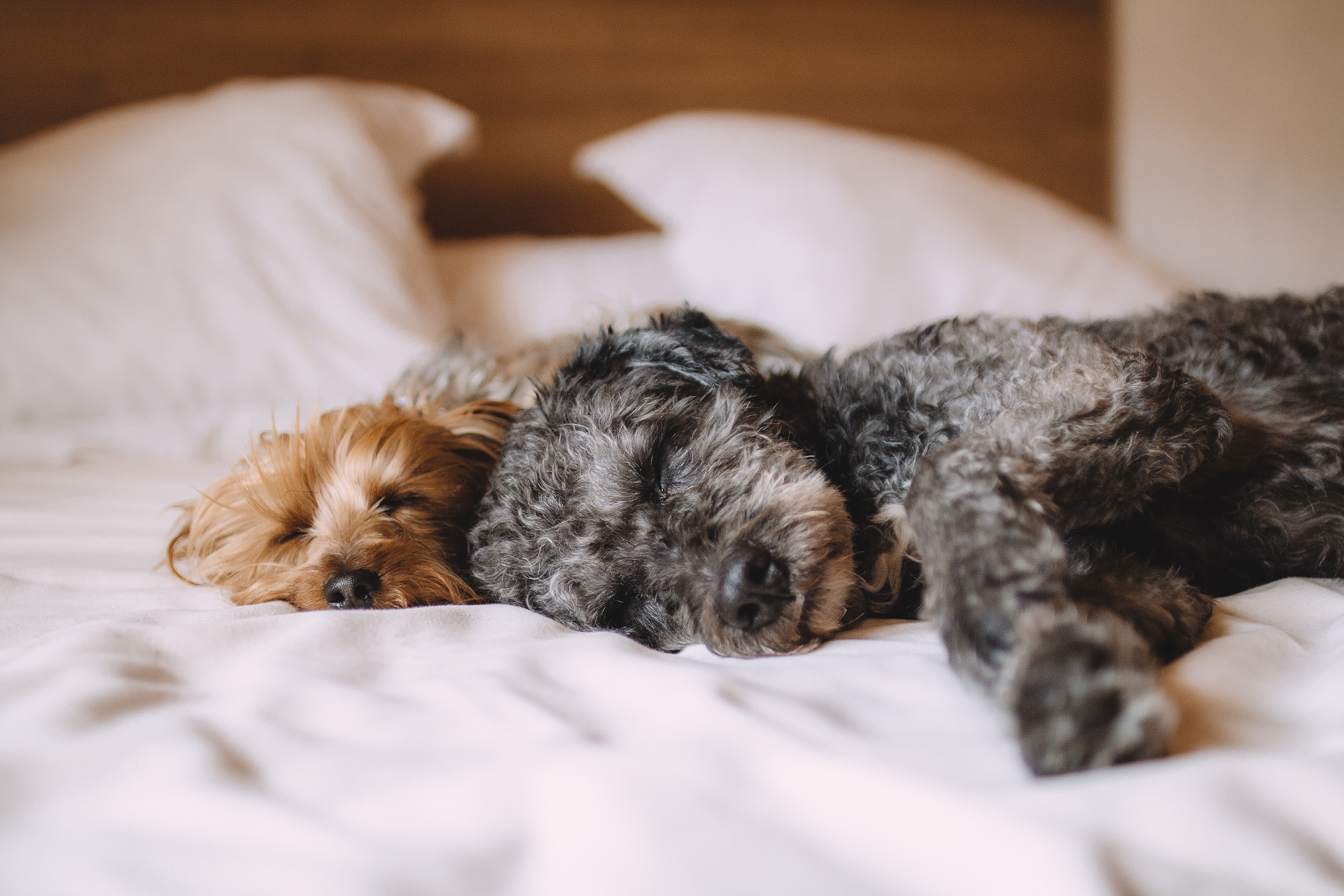 HAMISH the “lapdog” has won a landmark fight to outlaw blanket bans on pets in apartments, units and townhouses.

The dogfight began “the very first day” Hamish and owner Madison Brewster, 24, moved into their new home and a neighbour told her she could not have a dog.
Ms Brewster and her landlord Greg Watkins were taken to VCAT by the owners corporation of their Eaglemont townhouse in a bid to evict the well-behaved pooch because his mere presence breached its rules.

But the Victorian Civil and Administrative Tribunal has ruled blanket pet bans are illegal and unfairly discriminate against animal lovers.
VCAT’s Linda Rowland found the same laws the Appeal Court recently decided allow owners to rent their property on Airbnb also give them a right to keep pets.
A delighted Ms Brewster said the decision had saved her and Hamish, a 4-year-old cavoodle, from having to sniff out a new home.
“We were completely against having a blanket rule on dogs. We found it to be really unfair and are really happy with the outcome,” she said.
Ms Brewster moved into the only one of six townhouses not occupied by its owner last December.

Although advertised as “pet friendly” the owners corporation had two rules prohibiting pets after a previous issue with a dog in 2013.
Ms Brewster’s tenancy was accepted on the basis that she had no pets, but shortly before moving in she inherited Hamish from her parents, who were going overseas, and obtained permission from Mr Watkins to keep him.
But her unhappy neighbours then served a number of breach notices on her and Mr Watkins, who both refused to comply because they did not consider Hamish was causing a nuisance.
Ms Rowland of VCAT agreed, finding no suggestion Hamish was dangerous or barked excessively or loudly.
“There is no evidence that the dog is causing a nuisance,” she said. “The owners’ corporation seeks its removal simply on the grounds that it is in breach of the rules.”
Ms Rowland told the parties in June that she did not believe the ban was valid but reserved her decision pending the outcome of the Airbnb matter, which also revolved around special rules.

Ms Rowland has now informed the parties that rules prohibiting pets are invalid because the powers of owners corporations are limited to making rules about the use of and behaviour on common property; external appearances; noise and nuisance control; and, only where health, safety or security are involved, the use and enjoyment of the private premises.
“I do not consider that a concern about possible noise or nuisance is sufficiently connected to a general ban of all pets from all lots,” she found.
Ms Rowland said the ban on pets in common areas was also invalid because it was discriminatory.
“There was no evidence that an appropriately restrained dog traversing the common property driveway could interfere with the enjoyment of the common property by other lot owners and occupiers.”

In refusing to order Hamish’s eviction, Ms Rowland continued an interim order requiring him to be restrained while on common property for a further six months to give the owners corporation time to adopt this as a permanent rule if it so chooses.'
peter.mickelburough@news.com.au
(Article source; PETER MICKELBUROUGH, Herald Sun, September 5, 2016, http://www.heraldsun.com.au/news/victoria/blanket-pet-bans-in-apartments-ruled-illegal-in-landmark-melbourne-legal-fight/news-story/73084065c272e4baafbdeb4c1d634f64)

STUDY FINDS HERBICIDES IN THE URINE OF PETS AFTER HOME LAWN CHEMICAL TREATMENT. 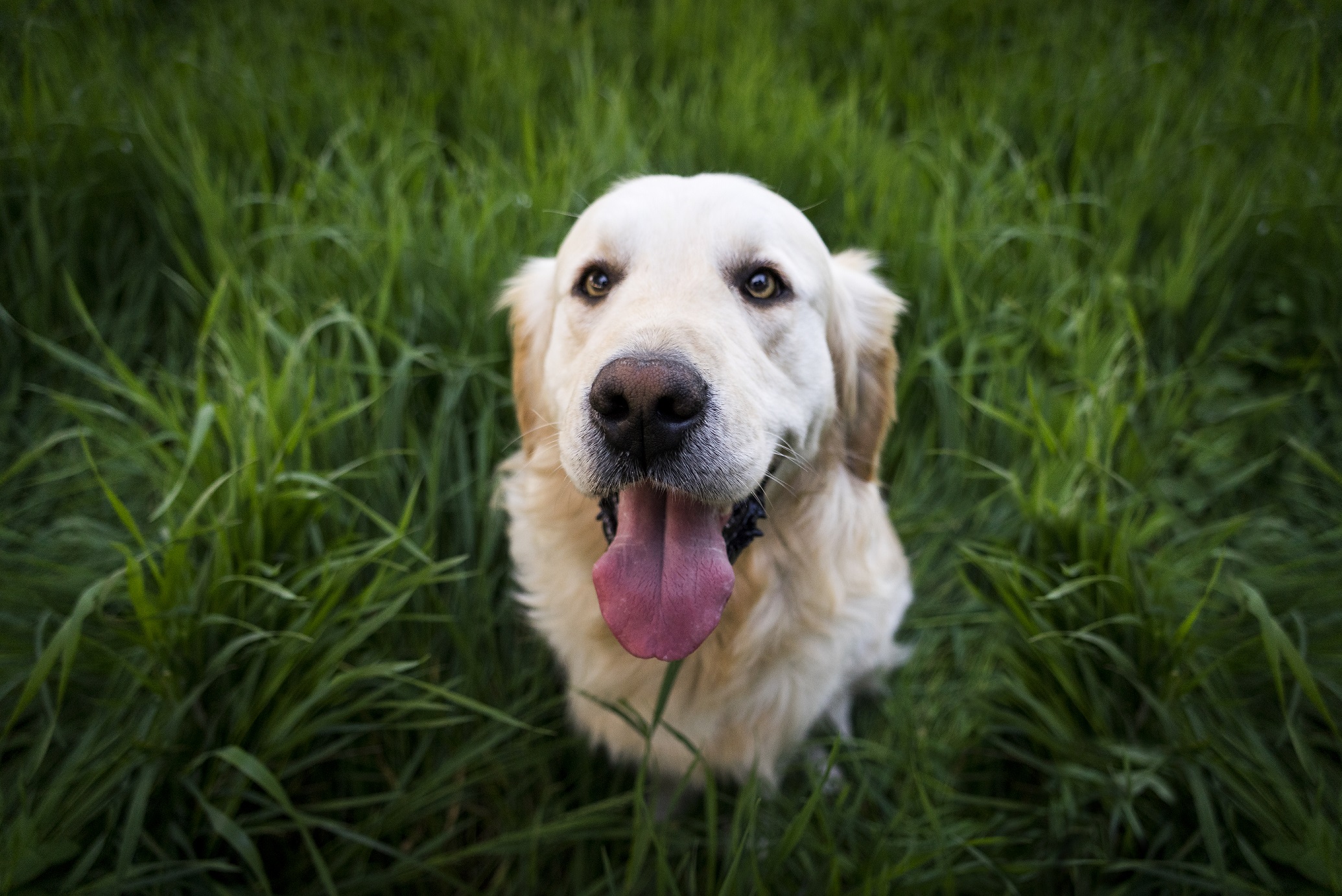 'Considerable interest has been generated by a recently published study by PCOP scientists and key collaborators at Purdue University and the University of North Carolina.
The purpose of the study was to determine the extent to which lawn chemicals are taken into the body of dogs and eliminated in the urine.
This study was in follow-up to an earlier study that showed a significant association between lawn chemical exposure and increased bladder cancer risk in dogs.

Some of the important findings and conclusions are summarized below:

WHAT’S EVEN WORSE:
“Once contaminated, dogs can pass the chemicals on to their owners and to others in the household. The study only looked at dogs, but the researchers suspect that cats and other pets could also be affected.
‘Dogs can pick up the chemicals on their paws and their fur,’ Deborah Knapp, lead author of Purdue University’s Department of Veterinary Clinical Sciences, explains. ‘They can then track the chemicals inside the house, leaving chemicals on the floor or furniture. In addition, if the dog has chemicals on its fur, the pet owner could come in contact with the chemicals when they pet or hold the dog.’

John Reif, a professor emeritus of epidemiology at the Colorado School of Public Health, told Discovery News, ‘The paper presents important information since exposure to 2,-4-D, a widely used broad leaf herbicide, has been associated with increased risk of cancer in pet dogs and humans.’” – Discovery News
This means that we, the humans, are unknowingly exposing our pets to cancer and they, our pets, are unknowingly returning the favor as they bring the toxins back into our households.
The bottom line is pets can absorb lawn chemicals from exposure to their treated lawn, exposure to their untreated but contaminated lawn, and from other treated areas such as parks.
Researchers suggest that if owners still must use herbicides, they should follow manufacturer guidelines, allow gardens and lawns to dry before allowing pets out, wash their dog’s feet each time the dog comes inside, and consider treating the back yard one week before the front (or vice versa) so that pets will have an area of less potential chemical exposure available to them.'
For more info and lawn maintenance ideas, click here – http://ow.ly/4n2prU
Rodney Habib – Pet Nutrition Blogger (Article source: Rodney Habib Blog, https://rodneyhabib.wordpress.com/2016/04/28/study-finds-herbicides-in-the-urine-of-pets-after-home-lawn-chemical-treatment/, 7/11/16) 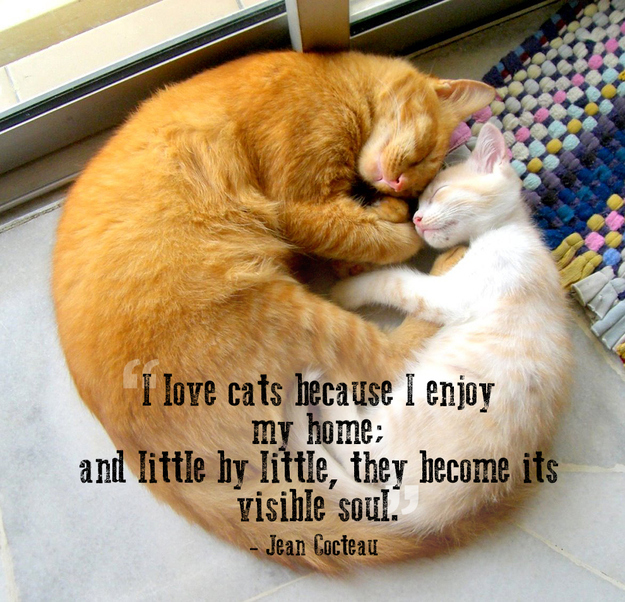 “I love cats because I enjoy my home; and little by little, they become its visible soul.”
― Jean Cocteau 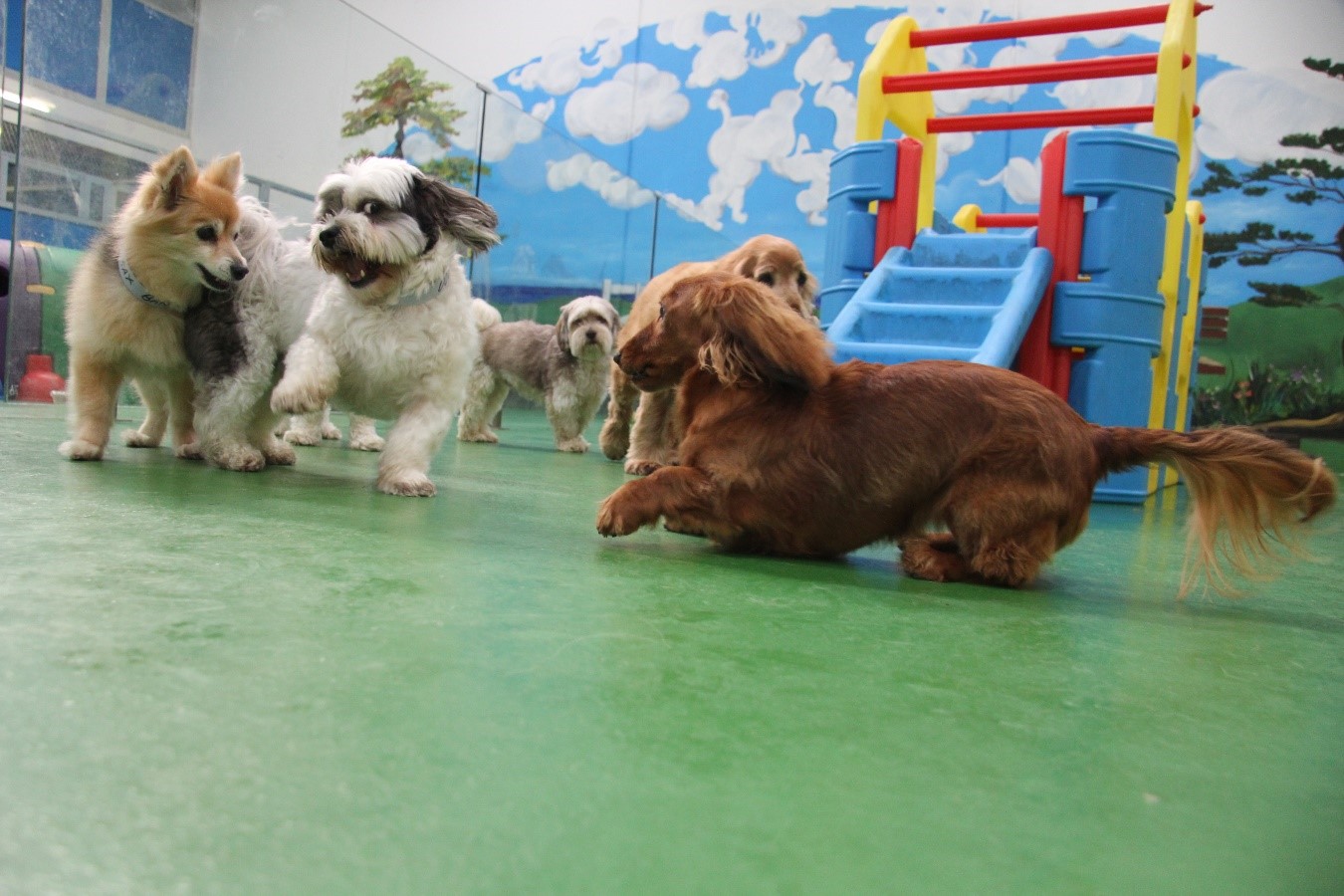