For every Facebook "check-in" to The Pets Hotel, you will receive one free PM Playtime or Cuddle time on your next visit!!

On Thursday the 22nd of December we held our annual Doggy Day Care Christmas Break Up Party. All of our regular doggy friends as well as some new faces came to enjoy their last day of Doggy Day Care for 2013. We all had loads of fun, there where oodles of pets dressed up and getting into the Christmas Spirit which was marvellous to see! And to top off a wonderful day everyone got sent home with a little Christmas present!

It’s time to get excited everyone because Day Care starts back up on the 6th of January for 2014, so let the fun begin, we can’t wait to see everyone again!!

Check out our Facebook page for all the cute pictures! 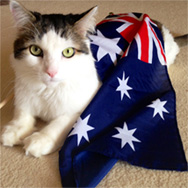 The Australia Day long weekend is booking fast! Book in now so your fur-child doesn’t miss out on our patriotic weekend of fun! Please note that we are closed for check-ins and check outs on Monday the 27th January as it is the public holiday but we will commence normal trading hours on the 28th of January (7am -7pm).

Bag it And Bin It!

Bayside City Council receives a large number of complaints all year round about dog poo left on nature strips, in parks and reserves, and on our beaches. Despite the fact that all responsible dog owners should know that it is their responsibility to supply and carry poo bags whenever they are walking their dogs out in the community, there appears to be some confusion as to who is responsible for supplying poo bags. It is, and has always been, the primary responsibility of the dog owner to supply their own  poo bags and to pick up after their dogs. Council does supply bags in some parks, however these courtesy bags should be used for emergencies rather than as the primary “tool” for picking up after your dog. Failure to carry a poo bag can incur a $200 penalty.

Come into The Pets Hotel and ask to receive your free poo bag dispenser for use at home or while you’re out and about! 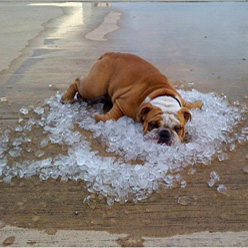 We are reaching some of our hottest temperatures this summer and some of us feel like we are melting.  With scorching temperatures forecasted for the next few weeks it has prompted the RSPCA to remind pet owners of the dangers that heat stress can have on our pets.

With temperatures expected to reach low to mid 40s this Saturday in some parts of Australia, RSPCA Queensland spokesman Michael Beatty said people needed to be aware of the dangers. "If it's 30° outside, the temperature inside a car can potentially rise to well above 40° in less than five minutes," he said. "Which would be fatal to a pet left in a vehicle."Mr Beatty said it wasn't uncommon for the RSPCA to see four to five pets die from heat stress each year. He said it was important animals left in the backyard had access to shelter and water on hot days. "If a dog is tethered they can become tangled and be unable to reach their water or shelter," he said. "We recommend there are at least two to three containers of water in case one gets knocked over."
If a dog suffers from heat stress, it is imperative to get its temperature down as quickly as possible. Hose the dog down with water and/or place ice packs on its head and stomach.

Keeping this in mind, don’t forget that The Pets Hotel is completely climate controlled to ensure your pets can get the exercise they need without the risk of them over heating
-Sourced: http://www.qt.com.au/news/help-pets-beat-the-heat/2129525/

Please read and lend a hand: 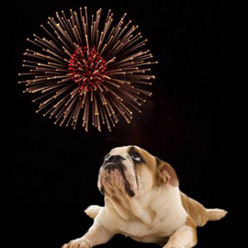 “DOZENS of dogs are on death row after fleeing their homes during New Year's Eve fireworks. The Lost Dogs Home took in 126 canines yesterday. Last night (New Year’s day) almost 80 were still unclaimed.
General Manager of operations Sue Conroy blamed illegal fireworks for the influx of animals. "We had 12 drivers on the road responding to calls all across Melbourne and this will probably continue for the next three days," Ms Conroy said.
Most animals escaped from the City of Casey which includes the suburbs of Cranbourne and Hampton Park followed by the City of Wyndham. "There were probably a lot of illegal fireworks in those areas and that's making it hard for dog owners trying to do the right thing." Ms Conroy said staffiture bull terriers were especially spooked by fireworks and prone to felling. She also urged pet owners to make sure their pets were properly microchipped and registered. Cathy Kakoliris of Airport West lost her 13-year-old shih-tzu terrier last night. "We woke up to a phone message from the Lost Dogs Home saying they had her," Ms Kakoliris said. "There were still a lot of dogs at the shelter locked up just waiting to be picked up, it was quiet a sad sight to see."

Some councils have organised for local fireworks to go off on Australia Day.  Keep yourself informed about any fireworks planned for up and coming events as they can cause many issues pets owners. 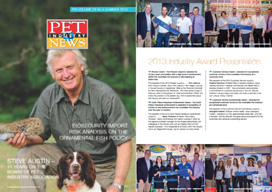 The Pets hotel would love to send out a huge congratulations to the boys at Ivory Coat! Steven & Liam of Ivory Coat Companion Goods received the award for best new product as seen in this month’s PET NEWS. They prove that with hard work, an amazing product and of never settling for less than best really pays off and we can’t wait to see what you guys do next!

“Animals don't hate, and we're supposed to be better than them.”
― Elvis Presley

A Day in the Life: 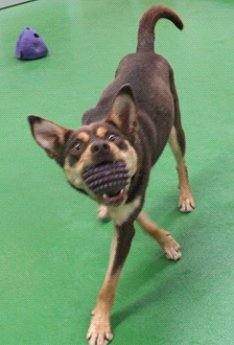