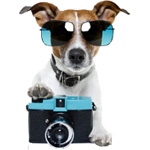 This month TPH is offering 25% off all photo-shoots!

Book a photo-shoot for your pet during their time here at The Pets Hotel, and receive 25% off just for mentioning this offer!!

* To redeem, just mention to our lovely Reception girls that you saw our March offer in the VIP newsletter when booking your pets' holiday activities. Only eligible during the month of March 2014. Offer ends March31st 2014.

On Friday the 14th of February 2014, The Pets Hotel held our annual Valentine's Day party!

This year we had a bit of fun and putting on mock weddings for the Day Care pets and Super Yappy pets who were boarding here at The Pets Hotel.

The 14th of February holds a very special place in the hearts of some of the pets here at The Pets Hotel, as it is now their wedding anniversary! Everyone had such fun running around in 'Central Bark' where our wedding receptions where held!

There was a little bit of partner swapping after the photos; it must be because The Pets Hotel pups just have SO much love to give!

Don't worry, we didn't forget the wedding cake!! Some of our best friends down at 'Diamond Dog Bakery' made us a doggy safe wedding cake that, with a little treat bag, went home with our pets after all the fun was over.

In keeping with the theme of the day, we made up mock wedding certificates for the participants as well as Best Friendship certificates and by request pre-nuptial agreements, which where laminated and then handed to each Mum and/or Dad.

At the end of the day who doesn't love to have fun and dress up? If you haven't already, don't forget to check out our Facebook page for all the fun pictures taken on the day!

It's a FREE EVENT 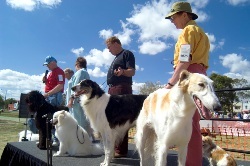 This March, The Pets Hotel will be attending Pets in the Park where pets are the stars of this fun, free, annual event for the whole family. Bring your furry, scaly and feathered friends to Central Park for a day of entertainment, competitions, information and demonstrations.

Come along and support local communities while having a great time out with the family(including fur family). Pets in the Park is held in conjunction with the annual Chadstone/East Malvern Rotary Carnival and there will be rides, great food and community displays. Some of the event highlights include; Pet Q&A with a celebrity vet, Discount microchipping, 'Best Dressed' and 'Best Trick' pet competitions, displays by pet obedience clubs, Information from animal welfare groups and rescue organisations, Jack Russell Terrier racing, Children's entertainment, rides and craft activities and to top it all off Live music!!

The main stage will feature Live music, pet parades, presentations and an array of stalls will offer the latest pet products, health tips and information on responsible pet ownership.

We hope to see you there!

Domesticated Dogs Most Likely Originated in Europe Nearly 19,000 Years Ago 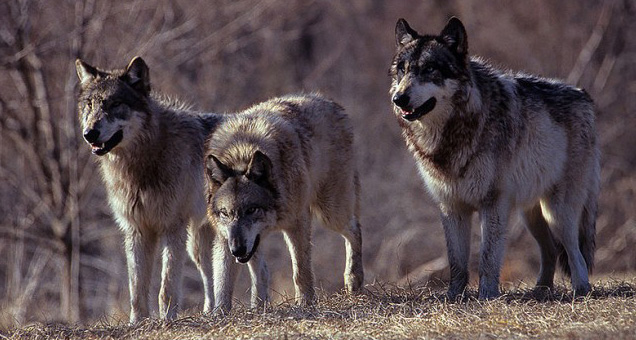 Most people know that the dogs people keep today as pets came from wolves, but it hasn't been entirely clear when humans first started domesticating them. Some believe that dogs were domesticated around 10,000 years ago by groups that were settling and discovering agriculture, but new genetic data shows that the domestication was actually closer to 19,000 years ago in Europe. This study was completed by researchers at UCLA and was published this week in Science as the cover story.

The team compared the mitochondrial genomes of 18 prehistoric canids with 49 modern wolves, 77 modern dogs of a variety of breeds, 3 ancient Chinese dog breeds, and 4 coyotes. The information was used to make a phylogenetic tree to determine when domesticated dogs diverged from gray wolves. It was estimated that the split occurred about 18,800 years ago. Despite the deep history of dog domestication, around 4 out of 5 modern breeds have come about due to artificial selection within the last few hundred years. The oldest remains that resemble modern day dogs were found in Russia and date back 15,000 years, though he oldest wolf remains are about 36,000 years old and were found in Europe.

Different hunter/gather groups likely began to influence the appearance of the wolves, as they became reproductively isolated. There are modern migratory wolves that do not mate with wolves that stay in the same general location, and the researchers believe that a similar situation might have happened with the first domesticated wolves.

This study found that modern domesticated dogs align more closely with ancient groups out of Europe, which challenges ideas that state domestic dogs originated in the Middle East or Asia. However, this does not answer all of the questions about where man's best friend came from. Future research will compare nuclear genomes of more dogs, which have about 100,000 times more base pairs to compare. 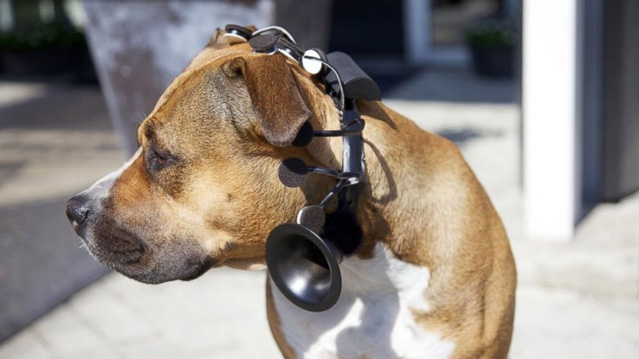 What if your dog could greet you with more than a growl, or announce the reason he's scratching at the door?

It sounds absurd and much like the storyline from the Pixar film, "Up," but Scandinavian scientists are working to develop a headset that could soon allow your furry best friend to speak his mind.

The Nordic Society for Invention and Discovery is the brains behind "No More Woof" -- technology that aims to distinguish canine thought patterns and then issue them as short sentences via a microphone.

"The brainwaves differ quite a lot from different races as well as individual dogs," NSID writes on their website. "However it is possible to detect some common patterns and we have no doubt that in the future this technology will open up a vast new era of communication between dogs and humans, or animals in general and humans."

The research team, who previously brought the world such inventions as the pet flying carpet, weren't immediately available for comment on Wednesday, but explained the most recent project on their website.

The operating system relies on sensors in the headset which detect electric signals in the dog's brainwaves. Technology from an in-built processing device then analyses the signal patterns and deciphers them into distinct feelings like anger, curiosity or tiredness.

Sample sentences such as "I'm hungry – but I don't like this!" or "I'm curious who that is?" will be programmed into the device and emitted through a loudspeaker.

English translations will be available, but Putonghua, French and Spanish language headsets will come later, the researchers say.

How exactly scientists will attach the sensors into a dog's brain has yet to be ironed out. Issues like this, as well as the ethical and social concerns, are the reason why there's a whole lot more research to be done before the technology becomes available.

The headsets are, however, available for pre-purchase on 'indiegogo' as part of the research funding campaign, with three different versions that range in functionality and price, from $65 for the micro to $300 for the standard version or $1,200 for the Superior customizable mini-speaker, replete with engraved dog tag.

You might have to wait a while for the first prototype to arrive in the mail, but the implications are enormous, the researchers say.

And as friendship is a two-way street, it's only fitting that the scientists are also aiming to develop a reverse headset for humans to bark their way into the hearts of their canine buddies.

Other applications and accessories the researchers have in their far-sighted future include a "Pavlovian training kit," with original instructions by the physiologist Ivan Pavlov, to further the owner-pet bond through the use of play and classical conditioning.

"Right now we are only scraping the surface of possibilities," the researchers write. "The first version will be quite rudimentary. But hey, the first computer was pretty crappy too." 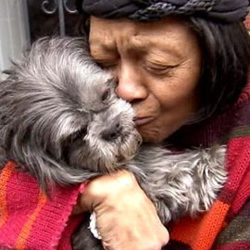 A microchip is the only way to permanently identify your pet. An ID tag provides a second form of identification that is worn around your pet's collar.

Please note that there is a fee charged for microchipping, however, National Pet Register will provide the first identification tag free.

"If a dog will not come to you after having looked you in the face, you should go home and examine your conscience."

Stubby, the first dog to shake hands with a president, President Woodrow Wilson. Stubby was a War hero who after returning home, lived the rest of his life being a national hero and loved by all Americans.

A Day in the Life:

- So looks like Zorro is MUCH happier than Tilly about this marriage, haha! 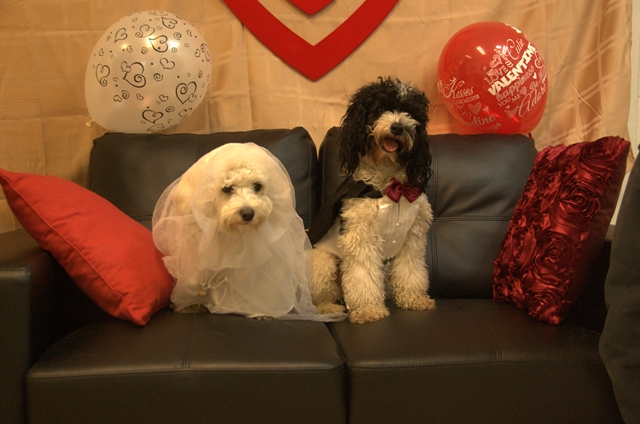