Hey all, as per every year, Due to The Pets Hotel being wonderfully busy over the Christmas/New Year period, Day Care will be unavailable starting from 23rd of December 2015 until the 4th of January 2016, commencing back on the 5th of January 2016.

We will miss you over the Christmas and New Year break – Have fun and stay safe!

We would like to invite you all to an upcoming special Doggy Day Care event.

On Tuesday the 22nd of December we are having our Doggy Day Care Christmas Party Break up! Every dog who attends will have time to socialise, play and share in some special Christmas treats. To say thank-you for being simply awesome and amazing V.I.P’s, every dog will go home with a Christmas gift!
We encourage everyone to get involved as our parties are always a really fun affair!
There will be photos of the party on our social media pages so you can see how much fun we all had.

When: Tuesday - 22.12.15
What: The Pets Hotel Annual Day Care Break Up
Where: The Pets Hotel Cattery and Central Bark
Call our friendly staff on, 9646 3696 or shoot us an email (info@thepetshotel.com.au) to Book you furry friend in for some fun!
Hope to see your pooch or puss there!!! 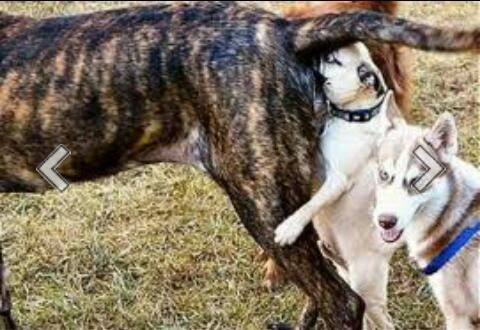 On Friday the 30th October we had our annual Howl-o-ween party!
We had little monsters, we had big monsters, monsters with 4 legs and some with two. -   Everyone having a scary fun time!
Check-out our Facebook page to see how much fun we all had!
We had a competition and some prizes for those who had the best costumes, our prize winner being Koko with her fabulous super girl outfit!
Our good friend Erin of Erin King photography was there and our day care pals were able to book in for a scary howl-o-ween pet portrait – check them out here!
Erin will be back for more pet portrait fun this coming Christmas break up party!

The Differences Between Male and Female Dogs

Obviously, male and female dogs are different anatomically, but what are the behavioral differences between them? Is one gender more intelligent or compliant than the other?

The question of which is "better," male or female dogs, is a subject that has yet to be studied scientifically. But most dog lovers have definite opinions based on their own experience.According to PetMD:
"Some believe that the male dog is more affectionate and easier to train, while the female dog is more aggressive and protective of its owners and puppies. Well, the truth is that when it comes to dogs and puppies there is no superior sex.

"[These] qualities… are just the anecdotal observations of many dog owners. There is no study that has proved any general truism that a dog will behave a certain way because it is male or female."1
Most knowledgeable dog people agree that a canine's behavior depends on his upbringing and training. Affection, aggression, and other traits – both positive and negative – are fostered by a dog's environment and his human caretakers.

Are Female Dogs Moodier Than Males?

Over at YourPurebredPuppy.com they believe that as a general rule, male dogs are more emotionally secure than females:
"Male dogs tend to be more stable in mood than female dogs – less prone to emotional swings.
"Male dogs are often bolder and more aggressive than females, although in some breeds it is the female who is 'sharper' and more aggressive while the males might be described as 'goofy,' 'klutzy,' or 'big softies.'"2

They believe female dogs are a bit, shall we say, temperamental:
"Female dogs are more prone to mood swings. They can be sweet and loving when they're happy – but a bit on the grumpy side if something isn't to their liking.
"Because they're opinionated, female dogs can be manipulative when they're trying to convince you that they really, really don't want to do something. Female dogs are experts at The Dirty Look and The Sulk.
"Female dogs are often less pushy and 'in your face' than male dogs are. Yes, females are affectionate, definitely, but often it's on their own terms. They may request lots of petting, then assert their independence by walking away when they've had enough."3

Gina Spadafori, author of Dogs for Dummies, 2nd Edition, agrees that female dogs are moodier than males, but she makes an important distinction betweenspayed vs. unspayed females:
"Unspayed females are generally moodier than unneutered males. Although males tend to be more constant in temperament, they can be annoying in their constant pursuit of such male-dog activities as sex, leg-lifting, and territory protection. (Some would say constancy isn't a positive trait in these cases, and argue that some unneutered males aren't just constant, but constantly annoying.)"4
Spadafori also points out that while they may be more compliant than females most of the time, unneutered male dogs are often less attentive to their owners, even challenging their leadership, when there's an unspayed female in heat within sniffing distance.

Breed Also Plays a Role in Male Vs. Female Behavior

Breed characteristics can also account for certain behavioral tendencies and turn widely held beliefs about males vs. females upside down. Spadafori cites these examples:5
•    In dominant breeds like the Rottweiler, females are often sweeter and more biddable than males
•    In breeds that tend to be a little skittish, such as the Shetland Sheepdog, males may tend to be more extroverted and approachable
•    And in some breeds, such as the Golden Retriever, there can be almost no noticeable distinction between the sexes – especially in Goldens that have been spayed or neutered

"When deciding on a type of dog, concentrate on the breed or breed type rather than the gender, since the toughest male of an easy-going breed is probably a bigger cupcake than the mildest female of a breed with dominant tendencies.

"Talking to reputable breeders gives you a clear picture how the sexes differ, not only in the breed as a whole, but also in particular breeding lines."6

In 2011, researchers at the University of Vienna conducted an experiment to see if gender plays a role in canine cognitive abilities.7
The researchers wanted to find out if, like humans, dogs have the ability to understand the concept of object permanence, which is the physical law that says objects continue to exist in the same form even when they cannot be seen, heard, or touched.8

Female Dogs May Be More Visually-Oriented Than Males

The results, according to Veterinary Pet Insurance, demonstrated a distinct difference between how the male and female dogs responded:
"While male dogs appeared oblivious to any change in the disappearing blue tennis balls, female dogs immediately noticed a difference.
"In scenarios 3 and 4, female dogs stared at the different sized balls that appeared for an average of 30 seconds - three times longer than they did when the same sized ball reappeared from behind the wooden board.
"Researchers concluded that the female dogs noticed the change and therefore had superior cognitive abilities." 9

The University of Vienna researchers think it's doubtful there is an evolutionary reason behind the difference in visual skills between female and male dogs. However, psychologist and canine expert Stanley Coren, professor emeritus at the University of British Columbia in Canada and author of The Intelligence of Dogs: A Guide to the Thoughts, Emotions, and Inner Lives of Our Canine Companions, has a different opinion:
"Whenever you find sex differences, you can usually find an evolutionary reason as to why these things occur," Coren told Science Magazine.10

He makes the point that female dogs might need to rely on sight over smell to keep track of a litter of puppies, who all tend to smell the same. Male dogs are more scent-oriented (which is why they are often preferred for trailing and tracking work), so they may be less impressed by nuances in their visual field.

Regardless of Your Dog's Nature, It's Your Nurturing That Counts

Perhaps in the future we'll see more definitive research on the natural behavioral distinctions between male and female dogs. But in my opinion, nothing will ever be more important to a dog's overall success in life than the care, guidance, and nurturing that we, as their guardians, provide. 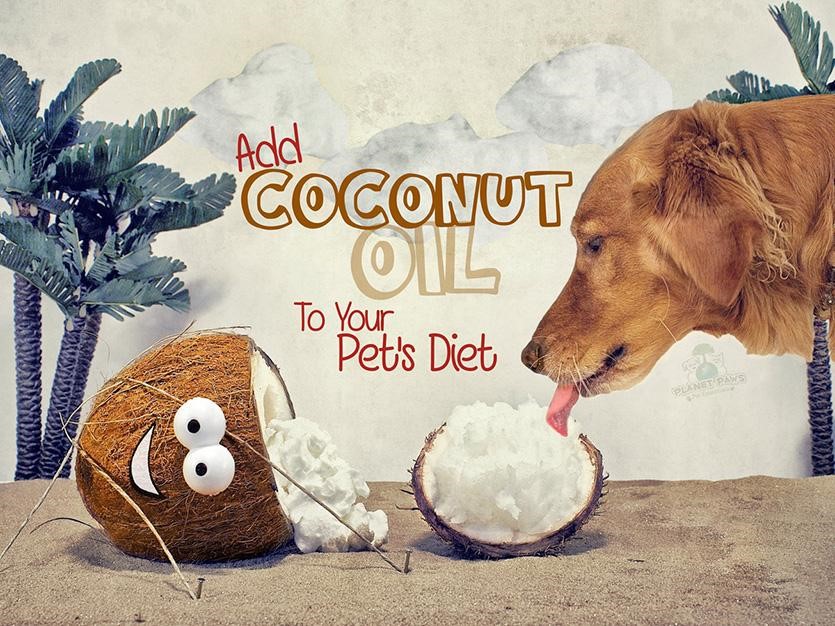 Pet Health Tip of the Month - Add Coconut Oil!
You see it everywhere on social media: “30 Reasons Why This or That is Awesome”.

Time for our version, but with a health tip twist! Introducing 35 reasons why adding Coconut Oil to you and your pet’s diet is super important! (human side help by wellnessmama.com)
35 Awesome Uses for Coconut Oil:

1.   Winter moisturizer for paws, nose and ears
2. Can protect the liver from toxic antibiotic drugs
3. Reduces Hairballs
4. Reduces Cancer risks
5. Rub into the skin as a basic lotion
6. To support healthy thyroid function
7. To help increase sun tolerance and avoid burning
8. Topically to kill yeast or yeast infections in pets
9. It’s high Lauric acid and MCFA content helps boost metabolism
10. Gives your pet a shiny, glossy coat
11. Topically, can help skin heal faster after injury or infection
12. Can help sooth psoriasis or eczema
13. There is some evidence that regular ingestion of coconut oil can help prevent or reverse Alzheimers
14. Can be used as a natural suncreen
15. Is energy boosting
16. There is some evidence that coconut oil helps digestion and may even kill intestinal parasites or yeast
17. Mix a tablespoon with a tablespoon of chia seeds for an all-day energy boost (do NOT take this at night!)
18. Can help improve insulin levels
19. Coconut oil and a drop of oregano oil helps improve gum health
20. Awesome for high-temperature cooking than olive or vegetable oils (doesn't go carcinogenic!)
21. Is an immediate source of energy when eaten and isn’t stored as fat
22. As a naturally antibacterial skin cream
23. It’s anti-inflammatory properties can help lessen arthritis
24. Can stimulate hair growth
25. Can help speed weight loss when consumed daily
26. Can be used to speed healing of fungal infections when taken internally and used externally
27. It has been shown to increase absorption of calcium and magnesium
28. Some evidence shows that the beneficial fats in coconut oil can help with depression and anxiety
29. For pets struggling with skin issues when used externally
30. Some evidence suggests that the beneficial fats in coconut oil are helpful for those with Autism
31. A tablespoon taken before each meal can help improve digestion
32. Many use it as an anti-aging facial moisturizer
33. Can be used internally and externally to speed recovery from UTIs
34. When taken regularly, it can help fight candida
35. Ingesting coconut oil daily can help with allergy symptoms 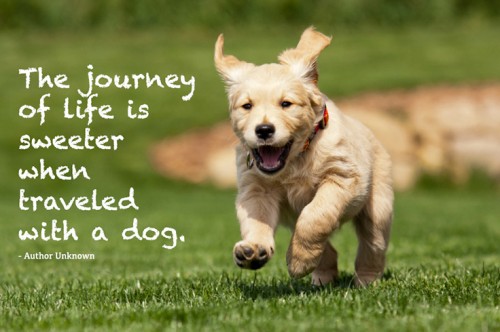 ‘The journey of life is sweeter when travelled with a dog’